I was just being made aware of the standardization process about blockchain and distributed Leger technologies. https://www.iso.org/committee/6266604.html

In this picture from the talk that I am attending you can see that many institutions are part of the process: 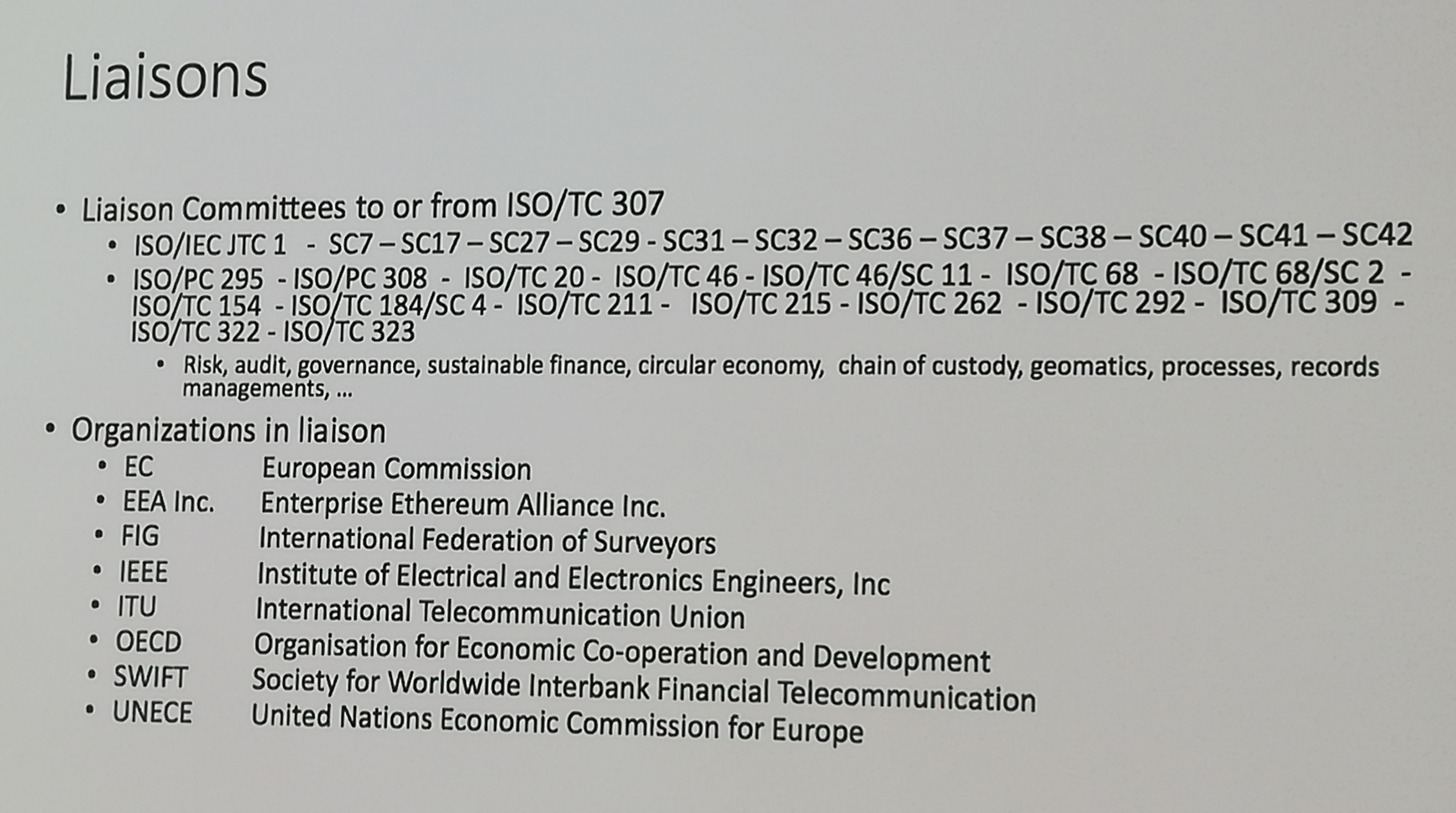 However I did not see any institution close to Bitcoin development. I asked if the standard will be compatible with Bitcoin. The presenter said they are in contact with Bitcoin developers. Where could I find more information about this?

Committee efforts which have to aim of standardizing anything to do with the bitcoin protocol should be considered attacks against Bitcoin. Bitcoin was created specifically to eliminate the need for a (trusted/centralized) "committee". The rules of the Bitcoin protocol are decided independently by each user running the software which validates them, of their own volition. Bitcoin Core developers can only provide software to enable users to interact on the network which they choose to interact. They cannot force users to follow any rules.

There is not, and will never be a committee to decide these rules. The market decides which Bitcoin rules will succeed. This will not stop bad actors from trying to control it. You should make the effort to call them out as hostile, because they are hostile, even if they did not intend to be - they just don't yet understand that Bitcoin has made their role as rulemakers obsolete.

There is no harm in attempts to standardize methods and software surrounding Bitcoin (such as POS systems, hardware, wallets, network protocols), but these efforts are already being standardized as part of the BIP and BOLT processes, and by developers finding opportunities in the market, and these move far faster than any ISO committee will ever be able to keep up with.

This committee essentially has nothing to do with bitcoin at all. It is another "blockchain not bitcoin" effort which can only do damage to Bitcoin. It is initiated by people who are unable to accept the concept that nobody is in charge and nobody decides the rules. If they were interested in bitcoin they would be contributing on github and the mailing lists. The fact that they don't and just want to stick an ISO stamp on it is clear where their proirities lie. For them, the world seems chaotic without standards, but for Bitcoin, the chaos is its strength - it means that it is immune to external influence from specific parties and it does not need to conform to any societal norms which currently exist, or may exist in the future. Bitcoin is the free market. There are a lot of people who hate free markets and will make any effort they can to undermine Bitcoin.

I believe the majority of Bitcoin Core developers feel similar, and will ignore any attempts from ISO to influence decision making in the development of Bitcoin Core, as well as other Bitcoin clients.